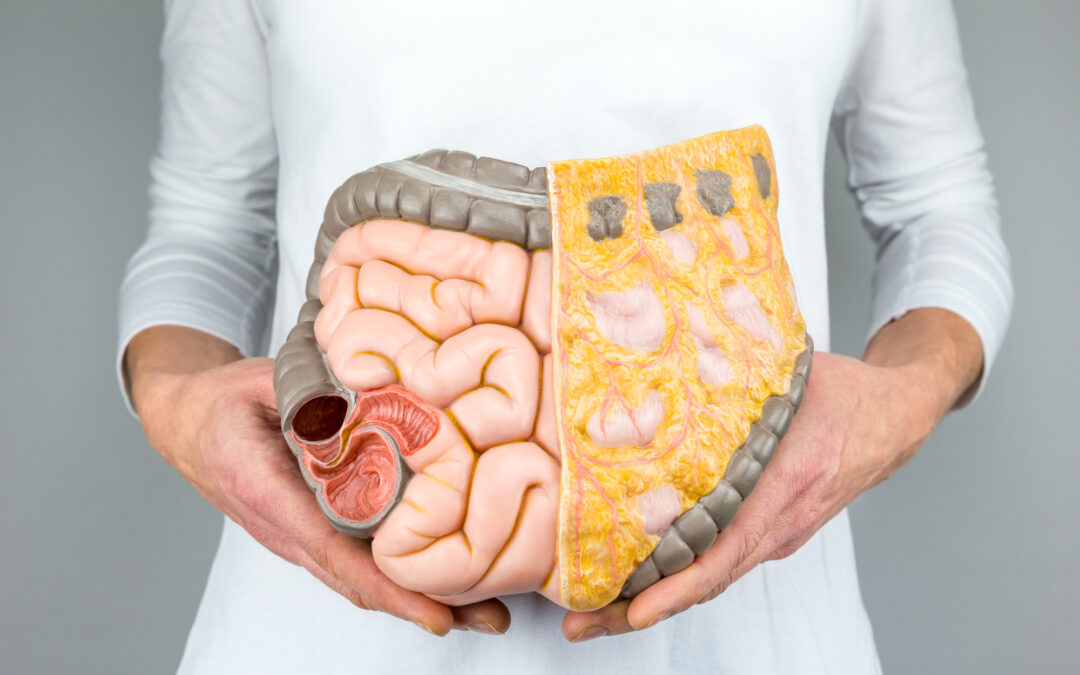 April marks the month we raise awareness of bowel cancer, the second leading cause of death and the third most commonly diagnosed cancer worldwide.
Every 15 minutes, someone is diagnosed with bowel cancer here in the UK. This type of disease is more often seen in those over 50, with 9 out of 10 cancer sufferers over 60.

Who’s most at risk of bowel cancer?

Bowel cancer can affect anyone, regardless of age or gender; however, certain factors can increase your risk. These include:

There are ongoing studies on the link between cancers and food. We have some understanding of how our diet affects our health; for example, eating too much red and processed meat can increase our chances of bowel cancer. Eating a diet with little fibre can also increase our chances; in fact, 30% of bowels cancers here in the UK are thought to be caused by poor fibre diets.

It is thought alcohol consumption causes around 6% of bowel cancers. Drinking alcohol doesn’t just increase your risk of bowel cancer but another seven types of cancer, including mouth and throat, breast and liver.

7% of bowel cancers can be attributed to smoking tobacco, and, as above, it will increase your chances of other cancers, with the top two being lung cancer and bowel cancer.

Age is a significant factor in this type of disease, but we should never assume that any symptoms in young people are not a sign of bowel cancer. In addition, family history, diet and medical history should be considered in these cases.

However, it is a disease more commonly seen in those over 60. Therefore, we highly recommend screening for bowel cancer for those above 50 years.

As with any cancer, the risks are increased if you have what we call a “first-degree” relative diagnosed with cancer.

This would be someone who is your mother, father, brother or sister as well as sons or daughters. Up to 30% of bowel cancer patients have some family history of the disease. We can now offer genetic testing for a wide range of cancers. So book an appointment with one of our doctors today.

Other risks that increase your chances of bowel cancers include –

Ethnicity can also play a role; Eastern Europeans, people with Jewish ethnicity and African American heritage, have the highest risk of bowel cancer than any other ethnic group in the world.

What are the symptoms of Bowel Cancer?

Symptoms are often described as “blood in your stool/faeces/poo”, but this is just one symptom you should also be aware of:

Blood in the stool is often described differently depending on where the cancer is. Blood or “bleeds” can also be from piles, so it is important to understand the difference.

Blood caused by cancer high up the bowel is often described as dark, almost tar-like, whereas redder blood could be a sign of cancer further down the bowel or anus.

Bleeding or blood within the poo can also be a sign of stomach ulcers, piles (haemorrhoids) or more severe conditions which would also need medical attention.

We can offer a QFIT stool test that can distinguish between lower and upper bowel bleeding, and we use this as a screening tool for bowel cancer.

Do not hesitate to contact your GP if you are concerned about bowel cancer or are experiencing any of the above symptoms.

April also brings awareness to IBS. IBS or irritable bowel syndrome is a common disorder that affects the large intestine. It can present with the same symptoms as bowel cancer. If you are experiencing any symptoms of IBS, please contact us. We will be able to rule out any serious condition and offer advice on managing your symptoms.