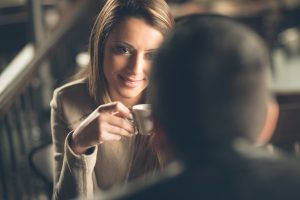 When we think about STI’s we automatically link it with a much younger generation, after all, with age comes wisdom. Well, at least you would like to think so.

Unfortunately, as wise as the older generation can be, they can also be complacent, believing everyone of a certain age would practise safe sex.

Along with this contented thought pattern, a rise in divorce for the ‘frustrated forties’ has subsequently led to a rise in STI’s.

An increase of people 40+ who are newly single after the ending of a long-term relationship, are at risk of contracting sexually transmitted infections.

HIV cases have also risen among 50 to 70-year-olds and now account for 16 percent of all new STI cases. According to England’s Chief Medical Officer.

It is an ongoing issue that we simply cannot ignore.

What’s the cause of the rise in STI’s?

There are many factors that could potentially cause the rise in sexually transmitted infections which can be put down to “contented living”.

These included such things as post-menopause or vasectomies, both of which mean pregnancy is no longer an issue. Clearly a concern for those not at that stage in their life or who have not had the surgery.

Ladies, although conceiving may no longer be an issue, post-menopausal women were more vulnerable to STIs!

Situations, such as meeting someone who has just left a long term relationship can give you a false sense of trust.

Long term relationships can leave you “in a contented bubble”, and couples who have spent many years living together, simply no longer understand the implications of unsafe sex.

Communication and social outlets have also changed over the years and is also thought to contribute to the rise in STI’s. With a new found “sexual freedom” many opt for online dating or speed dating, to “get back in the game”.

Overall, the older generation perceive themselves and others of their age, at low risk.

We may be more experienced as we age, but our bodies are still susceptible to illness, even more so now.

What can be done to prevent the rise in STI’s?

Historically there has been little discussion of STI’s in the over 50’s. Also a lack of screening for over 50’s has become a common oversight during routine health checks.

Due to the increasing numbers, more must be done to bring awareness to help tackle the issues. We urged GP’s to tick all the boxes when patients 50+ attend appointments.

We also advice open conversations between couples, or before you embark on a new sexual relationship.

If in doubt, get checked out.

Diagnosing and treating STIs has become much easier, with the convenience of online bookings or home testing kits.

No matter what your age, health situation or physical changes you may feel may make you immune to contracting an STI, it is still best practice to use a condom.

Here at the surgery, we are offering sexual Health Screening and advice to all ages.

Onsite HIV testing with immediate results can alleviate any concerns.

We also provide a remote consultation for those who simply cannot make it into the clinic.

If you would like to book a phone or video consultation, book in here!

We would really appreciate your help in bringing this problem to the fore. Therefore we would be grateful if you could share this post on your social media. End the taboo and start the discussion!