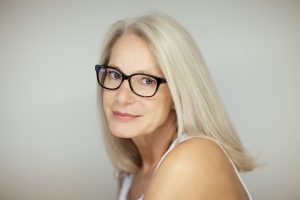 The Menopause has had some well deserved political and media coverage recently. But is this “taboo subject” really getting the attention it needs?

Here we look at what “the change” really means on an individual basis, and how you can manage your menopause with a little help from your trusted doctor.

The menopause describes a time in a woman’s life when the female oestrogen hormone levels decline. The average age ranges normally from about 45-55 but some women will experience this a lot earlier or a lot later. With this, a whole spectrum of symptoms may occur and can affect each woman differently, or not at all.

The more common symptoms are as follows:

Women experience the menopause in widely varying ways, however, every 8 in 10 women can suffer a number of these symptoms before, during, or even after menopause.

What’s the difference between perimenopause and menopause?

The menopause usually occurs between the ages of 45-55. IN the UK, the average age is 51, however there are cases of premature menopause which can affect women before 40 years. Early menopause is defined as perimenopause before the age of 45.

Perimenopause refers to the period of time right before menopause begins.

It is difficult to determine when the perimenopause begins, due to multiple factors taken into account when trying to confirm diagnosis. Many doctors will normally make a clinical diagnosis based on symptoms, erratic periods and rarely will need to order other tests. evaluate using period patterns and the superficial symptoms such difficulty sleeping.

Blood tests can be taken to measure levels of the reproductive hormone known as FSH, although this is not a very reliable blood test as levels are normal during the menopause.

If you have stopped having a menstrual cycle completely, for 12 consecutive months, you can be assured you have now entered menopause. Perimenopause can take a 2 – 8 year cycle before menopause then starts.

Will I still go through the menopause if I’ve had a hysterectomy?

If a woman has a total hysterectomy whereby her ovaries have been removed, this will cause the lady to go into menopause. Dependent on her age, hormone replacement therapy may be indicated.

However if both ovaries are left intact you may still have the ability to produce hormones and therefore experience menopause naturally.

In some cases, a hysterectomy can cause ovarian failure, within two years of surgery.

How long does menopause last?

On average, Menopause will last 4-5 years, with most symptoms tailing off towards the end.

What should I be doing to help with menopause symptoms?

There are many things you can try to help reduce the symptoms both medical and with simple day to day adjustments.

There are other forms of medications available to patients with menopauses and dependent on their symptoms they may be:

If you feel that you are struggling with the effects menopause can bring, advice and support is available here at our clinic.

Menopause in the news

Organisations would be forced to introduce a menopause workplace policy, which would include training so managers understand the physical and psychological changes in a female employee.

According to reports one quarter of women polled had to leave a job due to menopause.

Flexible working hours and a better support system is thought to give equality within the workplace, as well as, helping end the stigma in the workplace.

Want to discuss HRT? For general enquiries book in today to see our doctors who are all qualified to help.