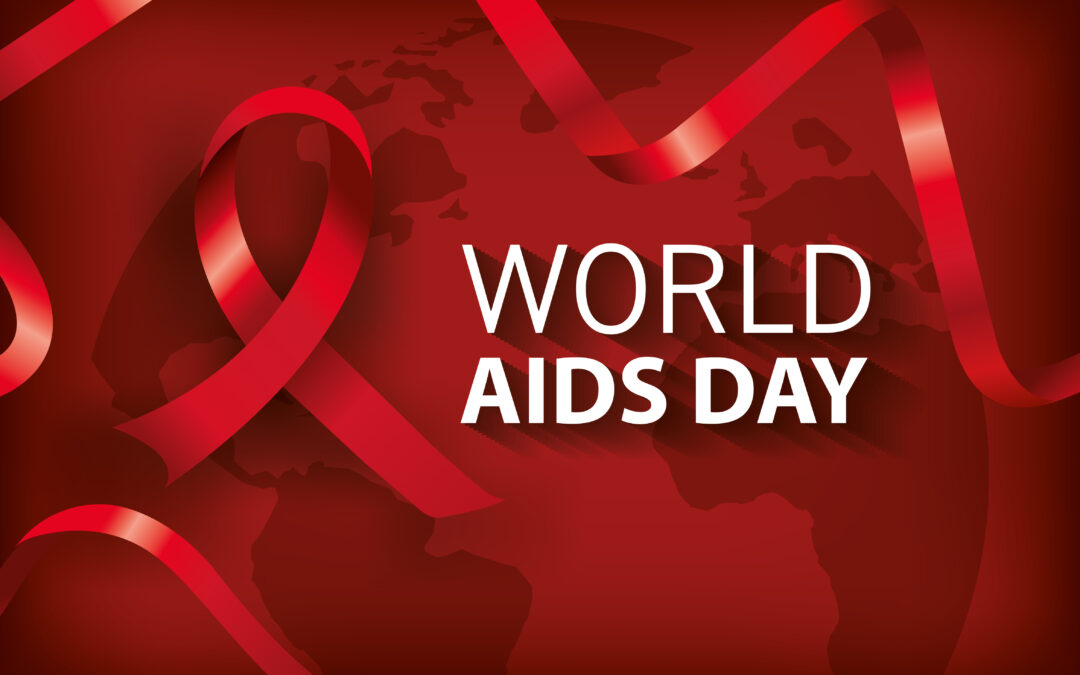 World Aids Day 2022 – AIDS, Is it talked about enough? Do we still consider it a threat? It seems, for some, it is part of our history, a story to be told about young gay men in London dying of an unforeseen illness. TV programs, films, and books to be observed with little talk about it’s relevance in today’s society. So, with World AIDS day happening on the 1st of December 2022, we ask ourselves…

Should we be concerned about AIDS?

While the number of people infected remains high, new cases over the last five years have only dropped by ten per cent. Stigma and ignorance remain two of the most significant barriers to fighting AIDS or HIV. So, how can we change this?

In the UK, men and women were petrified of sex after the AIDS campaign “Don’t die of ignorance” was launched in 1986. Although thousands of complaints came in at the time about the scaremongering television ads and terrifying billboards, the campaign was deemed one of the most successful in history.

In recent years, programs such as “It’s a sin” have highlighted the scenes of yesteryear, when young men were traveling to London for freedom of lifestyle only to be caught up in the AIDS pandemic.

While the program was worthy of an award, I’ve yet to see an attempt to catch a more modern-day reflection of the disease – which would be greatly welcomed.

HIV in the UK

Current estimates suggest there are over five thousand people currently walking around undiagnosed here in the UK. In addition, over 50% of people in the UK are diagnosed late, so this year we see the expansion of the NHS opt-out routine testing.

Before now, only at-risk patients entering the NHS system would be offered an HIV test, but due to the high numbers of undiagnosed patients and the pledge to eliminate all new HIV diagnoses by 2030, routine testing is open for all.

This means you will be tested unless you “opt-out”.

Due to this new government investment, we expect new diagnoses to rise for a short time until we see a sharp drop. HIV is incurable, so testing and diagnoses are important to secure our children’s future in the UK and worldwide.

What’s the difference between HIV and AIDS?

Many people, especially the young and uneducated, still don’t understand the differences between HIV and AIDS; many people still do not consider both to be the same virus, and yet they are. It is only time that connects the two.

HIV, or Human Immunodeficiency Virus, is a virus that attacks the immune system. Without medication, HIV can cause damage to your health. This may present itself in many ways, as we have seen on Channel 4’s “It’s a sin”, with young men dying of cancer, liver failure, and lung diseases. HIV stays in your body forever; however, it can be treated.

If HIV is left untreated and lasting damage is done, it is then considered AIDS.

AIDS is the advanced stage of HIV. Your immune system can no longer cope with viruses and infections at this stage. AIDS is life-limiting.

How do I know if I have HIV?

Some people will develop flu-like symptoms about four weeks after infection.

It is important to remember that many people may have little to no symptoms and can go undetected for many years.

What does U=U mean?

U=U: Undetectable = Untransmittable. This means if you have a low viral load of HIV due to the treatment (ART) you cannot transmit HIV, even without using condoms or PrEP.

ART is antiretroviral therapy. With this therapy, you can be U=U. Undetectable = Untransmittable. This allows you to continue to safe sex life. Although you can not pass on HIV when you are U=U we would still recommend using protection such as condoms.

If you are unsure when you came into contact, don’t worry, we can talk you through testing, and if your test is positive, we can discuss a treatment plan. The main thing is you get tested.

Again, PrEP is a prevention drug offered to those at high risk of contracting HIV. This could be someone who is in a sexual relationship with someone diagnosed with HIV or someone who has many sexual partners. Contrary to belief, it is not just offered to gay men, it is also offered to trans men, trans women, and well as heterosexuals.

If you are concerned you may be at risk of HIV, get in touch today. We can discuss in detail more about PrEP and its benefits.

HIV is treated with antiretroviral medicines. These work by stopping the virus from replicating in the body, allowing your immune system to repair itself and to remain healthy.

Please do not hesitate to get in touch if you wish to book a test or simply talk through a recent diagnosis and treatment.

I have over 21 years of experience providing sexual health screening and advice on men’s health. I offer a completely confidential, professional, non-judgemental service from start to end. So if you are worried about HIV or any sexual health condition, simply get in touch today. All of our services are designed around your comfort; from home testing and video and phone consultations, to face to face appointments, we are here for you.