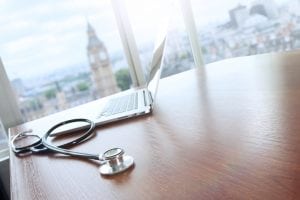 Since 2010 reports show nearly 120,000 unnecessary deaths have occurred in England due to budget cuts throughout the emergency services and NHS care, including care homes.

Researchers at the Department of Applied Health Research at University College London have stated a massive £6.3 billion each year would plug the “mortality gap”

But what about the other services affected by these cuts?

While massive numbers of people are suffering from the penny pinching to health services, what other unspoken services have been affected in 2018?

Mental health has taken a massive hit with a rise in suicide rates and a alarming rise in injuries occurring at mental health units.

And cuts to support services helping people with lifestyle choices such as smoking, drinking and poor diets have actually caused further spending to the NHS.

However, further to these critical changes, budget cuts to sexual health have caused a immense backlash, rising numbers of STD’s and unwanted pregnancies due to genito-urinary medicine (GUM) clinics closing around London.

With over 2.1 million new attendants each year to these STI clinics, patients are finding it hard to obtain appointments within 48 hours, while some are put on a waiting list, others are forced to travel long distances to attend important appointments.

This has caused an onward transmission time of infections, again forcing further strain on the NHS.

On top of this already disastrous news, a further 71 councils have planned to cut sexual health funding for the following 2018-19 period.

Any good news for the NHS?

Todays news speculates on a massive cash injection for the NHS 70th anniversary, however prime minister Theresa May has yet to respond to public concerns leaving the IFS (Institute for Fiscal Studies) to predict either a raise in taxes or slash public spending to balance the books.

If you are concerned about your sexual health and cannot get an appointment then contact us for private care and advice.