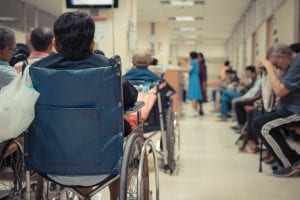 Recent studies have shown budget cuts made between 2014/15 to date, is estimated at 700 million.
These cuts have not protected the deprived areas. Since 2014 we have seen an increase of substance abuse, a rise in STIs and a record number of untreated mental health patients.

In June of this year we published an article called – Funding fails – NHS Closures. Which reports on the dire consequences of which london has suffered due to budget cuts. This includes emergency services, sexual health clinics, mental health, standard treatments being cut and care homes losing out. More widely resulting in 120,000 unnecessary deaths in England.

Although a massive 6.3 billion was estimated to plug the “mortality gap” in June. The Health Foundation recommends the Government should reverse the real terms cuts and allow a additional investment of £1.3bn in 2019/20 to the most deprived areas.
A further 1.9 billion should then be invested over the next 4 years, with adjustments to cover inflation.

“At a time of ongoing wider cuts to public services that directly impact on people’s health, and with the NHS under intense pressure, the cuts to the public health grant are short sighted and irresponsible” – Jo Bibby – Director of Health at the Health Foundation

So what happens to London if the revision does not take place?

Considering the budget cuts have so far saved 700 million, to repair the damage done will cost over 3 BILLION. Jo Biddy was not wrong when she said – “The long term consequences of eroding people’s health are likely to prove far more costly than the short term savings made”.

However, should we be concerning ourselves with the financial aspect of this crisis or the health of our citizens?

The NHS has been brought to its knees by government cuts. The effects we are already seeing will begin to get progressively worse.

And as the list goes on the NHS will continue to fall further to its knees.

Favouring health over finance is simply not a debate to be had, rather a necessity of which London and the rest of the UK rely.

Will this mean the NHS could become privatised?

Private companies have always played a part within the NHS to offer a better service and better patient choice.
This includes dentistry, optical care, and pharmacy, but could the NHS become privatised altogether?

In 2017 the Department of Health announced it would keep NHS professionals wholly in public ownership.

Regardless of if or when the NHS becomes privatised the figures show NHS spending on private providers has risen 2.8% to 7.8% in ten years.
Which may seem a small percentage until you revise those figures in cold hard cash. 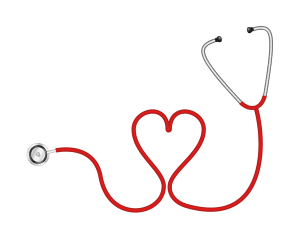 Sales of health insurance are rocketing due to the uncertainty of the NHS and the UK’s impending exit from the European Union.

Over 4 million people are insured for healthcare in the UK with London being one of its biggest customers.

With an estimated value of 1.47 billion, independent healthcare (private) is rising fast along with the health insurance offered and provided to workers in large companies.

If the NHS becomes more and more “diluted”, I am sure a split between the inequalities will become more evident in society.
The very poor will rely on what is left of the free NHS and the wealthy will pay for treatment.
There is an argument for saying this could well save the NHS and provide a health “Tax” to the higher earners.

But with Brexit on the horizon, no one really knows which way our infrastructure will swing.