New Superbacteria – MG hits the headlines but what do you need to know? 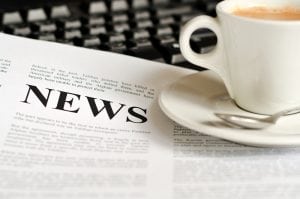 Recently we have had a lot of stories of the “new” super bacteria Mycoplasma Genitalium (MG), and although this may be new to you, it been around since 1981. However MG was never classified as a STI.

So why the scare?

New studies* carried out by London based universities strengthen evidence that MG is an STI, and the “scary” news comes from the unkonwn percentage of people carrying it without any symptoms.

There have been no large general population epidemiological studies of MG, including prevalence, risk factors, symptoms and co-infection in men and women across a broad age range, making these studies of little benefit to tackling this super-bacteria.

With only 1 percent of the population diagnosed, it may seem nothing but a scare story to lay weight on a already strained NHS.

Any new evidence or even awareness raised in the media is a good way of introducing and educating the population and regardless of the status of any STI or STD, to have a full sexual screening each time you switch sexual partners is not to be passed up.

As MG (along with many other STI’s) can be carried with no symptoms it is always best to get checked over. Especially if you have one of more of these signs –

Just with any other STI, MG can cause lasting effects on your body. Getting checked out regularly and practising safe sex can prevent ill health not only today but in later life.

The risk is just not worth taking.

For further advice on MG or any other STI’s get in touch. We can offer friendly, non judgemental advice and screenings in the London area.