The war on HCV

NHS England are claiming to eliminate the HCV (Hepatitis C virus) by 2025, making it the first ever country in the world to achieve this.

Over 160,000 people are affected by HCV in the UK, and the number still rising. How are we going to tackle such an immense challenge?

Direct-acting antivirals (DAA’S), a new drug has been known to clear Hepatitis C from the blood, over a 3 month treatment period, in 80% of all cases.
But eliminating the deadly disease isn’t as simple as the cure itself.
Research suggests that only 40% of people carrying HCV have been diagnosed. 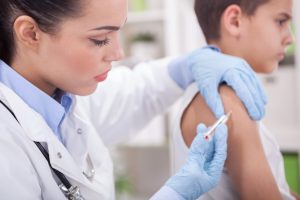 So what happens with the remaining undiagnosed 60%?

The challenge presents many obstacles, from the homeless, the alcohol and drug dependant, the convicted, and even the gym buffs that use enhancing drugs.

All these “sectors” carry risk’s, and with up to 60% unaware that they even carry the virus, how can we expect each individual to get tested and treated.
Less known ways of contracting HCV are – illegal drug use which is inhaled, sharing toothbrushes, shaving equipment and even sharing hair clippers.

When the transmission of infection between person to person is so radical, is the prospect of elimination setting the bar too high?

Chances of HCV being wiped out?

Let’s look at case’s of viruses and disease being wiped out by modern medicine.

The only case world-wide is the eradication of smallpox.
A deadly disease and the world’s most feared was eventually eradicated from the face of the planet after 3,000 years.
The only way we ever won the war on smallpox was a collaborative global vaccination programme led by the World Health Organization.
Without joint proceedings in this epic battle, smallpox would still be a threat to the UK from less advantaged countries.

A worldwide concerted and coordinated campaign to identify and treat those who are carrying the virus, including areas of potential neglect to ensure no area loses out, must be organised.
This campaign must be backed up with private care as well as government funded clinics and hospitals.
There is a true and rare opportunity to eliminate the virus from the UK.
With the recent report on “working to eliminate hepatitis C as a major public health threat” produced by Public Health England 2017 released, it seems as a nation, we are finally heading in the right direction.

We are now testing, and welcome anyone who may have concerns to book in for a quick and discreet appointment.

In 80% of HCV cases, no symptoms are exhibited so we recommend if any of these elements apply to you or a partner we suggest you get tested –

Symptoms to look out for are –