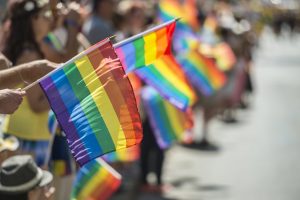 This month we celebrate our LGBT community, taking a look at lesbian, gay, bisexual and transgender history. Not forgetting Gay pride!. LGBT History Month originated in the United States, and always celebrated in October to coincide with ‘National Coming Out Day’. We have chosen June this year to celebrate and commemorate the 1969 Stonewall riots.

In the 1960’s solicitation of homosexual relations was illegal in New York City. You could even be arrested for dressing “like a gay”. For this reason, LGBT communities were forced out of sight. They took refuge in bars and clubs, where they could socialize and be themselves.
The police continued to harass the community, making it difficult for the bars to remain open. Many continued to operate around the law or indeed bribed the law, with one particular “mafia” family ruling most Greenwich. In 1966, the Genovese crime family purchased Stonewall Inn. A private “bottle bar,” which did not require a liquor license as guests brought their own.

On June the 28th 1969, armed with a warrant, police officers entered the club, and arrested 13 people. The unfair manhandling, beating and discrimination began to overwhelm the onlookers. Up to that point onlookers would always flee the scene in fear. This time, they were so shocked, they now began to fight back. Throwing stones, bottles and anything that wasn’t nailed to the floor the LGBT community fought back the police, and sparked a riot leading to six days of protests and violent clashes.

In 2016, President Barack Obama designated Stonewall Inn and Christopher Park a “..national monument in recognition of the area’s contribution to gay and human rights”.

The Stonewall uprising didn’t start the gay rights movement. However, it played a key role in the events which made a massive impact to the achievements of the lesbian, gay, bisexual, and transgender community.

“..The riots became protests, the protests became a movement, the movement ultimately became an integral part of America,” – Barack Obama

HIV testing day also lands on the 27th of June, for the USA. We encourage people to be tested for HIV, find treatment and reach out to others who find themselves in the same situation.

Although this is national day is based in the USA, it is important to get yourself checked and not wait until November when we hold our own National Aids day here in the UK. 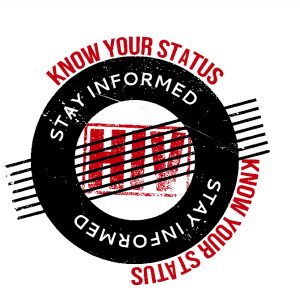 HIV unfortunately is still a big problem that affects the gay community disproportionally. The good news is that over the past year with the introduction of PrEP (pre-exposure prophylaxis) the levels of new infections in London have dropped significantly. There have also been recent studies showing that undetectable means uninfectious (#UequalsU) which is great news. However there is still no cure and we should not become complacent.

There are various options for getting tested for HIV including testing at your local sexual health clinic which will offer testing at home using a postal/online test Kit.

Preventative measures of getting or transmitting HIV:

What is pre-exposure prophylaxis?

PrEP is treatment that you take before exposure to HIV which can reduce the risk of infection by over 90%.

PrEP only protects you against HIV. So you will need to seek further medical advice if you are at risk of being exposed to any other sexually transmitted disease.

Although we actively encourage PrEP to our clients who are exposed to HIV, we must also teach you about the post-exposure prophylaxis PEP. If you believe you have had a risky encounter then seek advice ASAP on PEP.

PEP should be used only in emergency situations and must be started within 72 hours after a recent possible exposure.

So, while you participate in pride parades, picnics, and parties this month be sure to stay safe!

This year we are celebrating #PrideJubilee, and the fifty years of activism, protests and victories that have made our movement what it is today.With free performances and festivities showcasing LGBT+ culture. Including theatre, dance, art, cinema, parties and activities across the city.

By the end of June when things are in full swing for summer 2019, we will be celebrating in London with the PRIDE IN LONDON PARADE (gay pride)
On the 6th of July more than 300 floats and groups will be performing from 12pm, when they will move down Oxford Circus, along Regent Street to Piccadilly Circus, Lower Regent Street, Pall Mall and then passing Trafalgar Square before finishing on Whitehall.

Here at our London clinic we fully support all communities and welcome anyone that maybe worried about their sexual health or need extra support. We will always provide you with clear and accurate advice based on current British Association for Sexual Health and HIV (BASHH) guidelines.

We not only offer online testing, but we provide a free follow up call or a face to face appointment should you choose to have one, or if you require treatment.

Let us help you today!