Get informed today – STI’s on the RISE 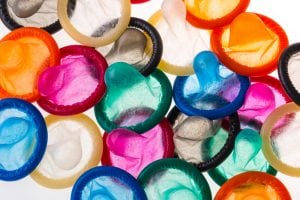 A well documented and alarming rise in sexually transmitted infections is causing concern across London. But can we blame budget cuts or is this down to a lack of education?

Gone are the days of condoms on cucumbers and baby care as the bread and butter of Sex Ed. Instead we have replaced it with something quite different. Online safety and relationship lessons are all a good move forward but what about the bare facts of infections and intercourse?

Most would say scaremongering our young adults is not the way forward. Others would argue that a well informed person can make the right decisions. Regardless of how the information is delivered, who delivers it and at what point in your life, the facts have to been known.

Gonorrhoea, also known as ‘the clap’ is caused by a bacteria called Neisseria gonorrhoeae or gonococcus. It is found in discharge from the vagina or penis.

Commonly causes thicker discharge which can be green or yellow. It can also cause pain and burning while urinating and in women cause bleeding in between periods.

Standard testing performed by your G.P. or local sex clinic and treated with antibiotics – Avoiding sexual activities while being treated.

If left untreated Gonorrhoea can cause blindness to newborn babies and infertility.

The second most common STI, genital warts is now being prevented by the HPV vaccination. However, those who missed out are at risk of genital warts and certain types of cancer.

As the warts can sometimes be found further up the skin away from the genitals, simply wearing a condom will not protect you. Not having sex until you or your sexual partner is treated is the only prevention.

All treatments for genital warts must be performed or prescribed by a doctor. Using over the counter wart cream will not work and may cause further issues. Treatments include freezing, creams or surgery.

If left untreated you risk these warts spreading and becoming much larger.

The UK’s most common infection is caused by a bacteria called chlamydia trachomatis, more prominent in women than men with 115,672 cases in 2017 compared to 85,647 cases in men.

The use of condoms during any sexual activity and not sharing sex toys will prevent you from getting chlamydia.

Testing can be undertaken by your local doctor or STI clinic with a urine or swab test and can be easily treated with antibiotics.

If left untreated Chlamydia can cause pelvic inflammatory disease leading to infertility.

A increase of syphilis is being found in homosexual men thought to be due to the use of new apps such as Grindr and other dating apps. Syphilis has four stages and can be fatal.

As there are four stages, the appearance can change. The primary stage of this disease can be seen when a rash or ulcers appear in the mouth or genitals.

Some people can go untreated with no symptoms, therefore we encourage people to get regular check ups.

Prevention can be difficult but normal preventive measures will lower your risk of getting infected. These include using condoms and not sharing sex toys.

You should always get tested as soon as possible if you think you’ve had sexual intercourse with someone who is infected or are showing symptoms. Antibiotics in tablet form or injected into the buttock is the standard course of treatment.

Very high element of risk – Syphilis can cause serious damage to your brain, heart, nervous system, and even lead to death. It can also be passed on to your baby if left untreated through pregnancy.

Thankfully HIV cases in the UK have dropped in recent years however, it is still prevalent enough to be aware of the damaging effects HIV can have.

There are no clear signs of being infected by HIV. Usually flu-like symptoms can occur 2-6 weeks after infection occurs.

Prevention
If you use drugs then do not share needles, syringes, swabs or spoons.

To prevent getting HIV through sex you should always use a condom, talk, be honest and be open with your sexual partner. HIV can also be passed through breast milk so be sure you are tested if you are planning for a baby and you think you may be at risk.

The only way of knowing if you have HIV is to get tested. Emergency anti-HIV medication is available if you catch it early enough, so don’t put off that visit.

If HIV is left untreated it can lead to  AIDS (Acquired Immunodeficiency Syndrome).

For more information regarding the subject that has been covered today or other types of STD’s get in contact. You can also apply for online testing and book an appointment to visit one of our specialists.